Koch also recorded a top-10 in the NASCAR K&N Pro Series West event at the track in 2009. He finished seventh after starting 15th.

Sounding Off- Blake Koch… “Phoenix is one of my top-three favorite racetracks we go to. It was our best track last year and we have a lot of data this year from our RCR teammates testing there over the offseason. Both ends of this track are so different, but I would say the most difficult part of the track is Turns 3 and 4 because the spotters can’t see that well when the drivers are down on the apron. The pace is slower down there as well. It’s just an awesome track and I can’t wait to see what they do with the redesign next season.”

2017 Season… Koch is currently 13th in the NXS Championship standings after gaining six spots in the standings last week at Las Vegas Motor Speedway (LVMS). At LVMS, Koch started 19th and persevered to finish 12th, a career-best finish at the track.

Experience on the Box… Veteran Crew Chief and Kaulig Racing General Manager Chris Rice has served as crew chief during 12 previous NXS races at Phoenix Raceway. He has recorded two top-10 finishes in the NXS as well as four laps led.

Tune-In… The NXS DC Solar 200 from Phoenix Raceway will be televised live Saturday, March 18th, 2017 at 4 p.m. ET on FOX and will be broadcasted live on the Motor Racing Network (MRN) and SiriusXM NASCAR Radio channel 90. 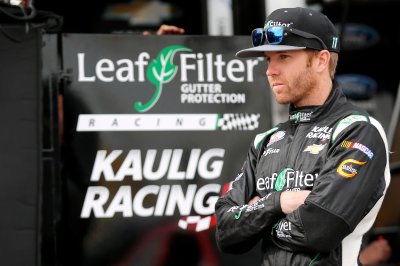